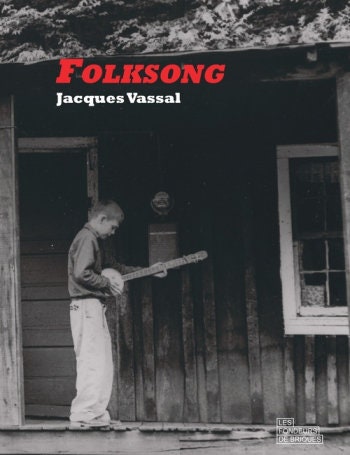 Editor's note:
Roots & Branches of Anglo-American Folk Music
Cover photograph: John Cohen Coffee Can Banjo on Porch, 1959-1960, © John Cohen Trust, courtesy L. Parker Stephenson Photographs, NYC
Drawings by Nicolas Moog
In charge of the "Les fous du folk" section of the monthly Rock & Folk, Jacques Vassal was the ideal person to write this monumental historical sum around folk music in the Anglo-Saxon world.
First published in 1971, the book was published in English in 1976, before being republished in 1984. Our edition is the final updated form of this book.
The book is divided into 11 chapters, from the Indian, black and white roots of folklore through some essential figures such as Woody Guthrie, Joan Baez or Bob Dylan, the scene of the 1960s and 1970s, its extensions in the Anglo-Saxon world (Canada, Great Britain, Ireland) to the current artists of Americana.
It offers a unique panorama weaving the links between history, people & music through folk song.
Based on an intimate knowledge of the discographic work of the artists, whom the author has often met as a journalist and seen in concert, Folksong is made up of a multitude of destinies, complete or more ephemeral careers, careers of musicians in resonance with their time, all of which have contributed to the construction of the folk repertoire.
This book was produced with the help of the Occitanie region.