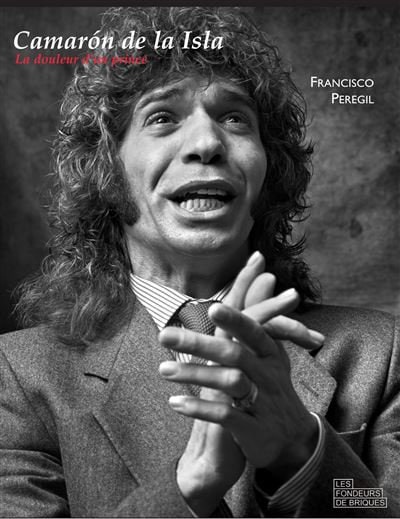 Camarón. The pain of a prince- Francisco Peregil

THE BOOK:
This book unfolds like a flamenco joust, with as amphitryon, Camarón de la Isla, (José Monge Cruz of his real name) gypsy flamenco singer passed from genius to myth after his premature death in 1992, at the age of 42. In order to get as close as possible to the mystery of the voice and personality of the cantaor, the author summons his entourage: night owls of vocation, artists of hunger, eager bodyguards, unscrupulous promoters, virtuoso guitarists, doctors with unorthodox methods, fans grabbing a crumb of genius. And even, some, but very few, true friends. This portrait gallery, the result of the author's encounters, takes us into the mysteries of the world of flamenco as much as into the soul of Camarón.
Revolutionary of the flamenco cante of the second half of the twentieth century, Camarón has long collaborated with the other genius of Spanish music of his time, the guitarist Paco de Lucía. The author returns to their fraternal relationship, but also to the controversy over the copyright of the cantes, for which Camarón felt aggrieved by Paco's family, the Sanchez. We also meet Tomatito, flamboyant guitarist of the second part of the cantaor's career and Paco Cepero, the first accompanist of the Gypsy. Destroyed by tobacco, drugs and endless nights, Camarón has attracted many followers but no heir having his musical talent or aura. It remains a star whose voice still resonates powerfully today and retains its share of impenetrable mystery.
THE AUTHOR:
Francisco Peregil (1967) is a journalist for the Spanish daily El País. He was stationed in Latin America, then covered the conflicts in Afghanistan, Iraq and Libya, as well as the earthquakes in Pakistan, Italy and Haiti. Author of several novels and essays, including a story about Chilean miners stranded in the San José mine in 2010, he is passionate about flamenco, especially El Cabrero, Lole and Manuel, La Macanita and Pata Negra. He is currently the newspaper's correspondent in Morocco.
Written immediately after the death of the cantaor and published a year later, the book was republished in Spain in 2014, then in 2017, with an unpublished epilogue by journalist and author Silvia Cruz. It is both a biographical and journalistic essay whose chapters intertwine like pieces of a puzzle to sketch the ever-elusive figure of the artist. The last film about Camarón was released in July 2018 in Spain, Revolucion y flamenco, a documentary by Alexis Morante is largely inspired by Francisco Peregil's book.